We went over to Brighton on the train to visit the Biba exhibition at the Museum – and to have a sunny day out.

Given that we had a flat in Brighton (or ‘Hove actually’) for nearly three years, we rarely go back, and neither of us miss the place. It feels like a real city, different from small-town Hastings.  More traffic, more people, more noise.  Passers-by walk more purposefully. The average age is younger, and people are undoubtedly more stylish. It is nice to visit, but would have been too hectic for us to live in.

The Biba show was good value – lots of clothes on show – here are a few pictures. Here, also, is another copy of the very Biba poster I just sold a couple of weeks ago on eBay – not surprisingly, it made a good price. 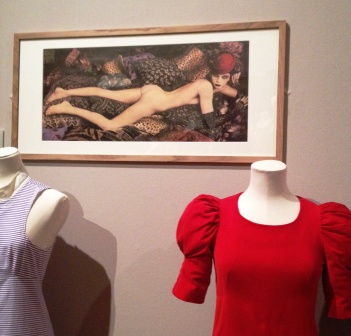 The garments looked tiny…. Where we really that size?  I don’t think I ever was.  But I did cheerfully go out wearing hot pants….
On Saturday night we went to see Rigoletto at the Hastings Odeon, beamed live from the New York Met. I thought it was an amazing production,  with the setting relocated to a casino in 1960s Las Vegas – lots of neon. It worked well, and the costumes were very reminiscent of the clothes worn by the customers in the casino where I worked in London in the early 70s – brocade tuxedos, Arab Sheiks in flowing robes etc. The small Hastings audience got very irritated at occasional pops and crackles in the transmission.
I enjoyed it very much when the curtain fell, the cameras moved backstage and we were shown a positive army of stage hands rushing around, with whole sets being mechanically moved upwards, downwards and around the enormous back lot.
Like when we went to see a ballet film, the close-up views revealed the physical effort involved in singing at that level – the heaving chests, the puffing and panting, but it did not matter so much – opera has never set itself up to be effortless like ballet.
Weather has totally changed – for the moment. Friend Pete came down last weekend, and we went to Bexhill on Monday for lunch at the De la Warr. Absolutely stunning sunny day. Saw a totally weird exhibition:
Shaun Gladwell: Cycles of Radical Will. Have said enough on this sort of thing, so will not bore on any further. They have erected a skate/BMX track in a wire cage on the roof. It looks tatty and nasty, as if the building is undergoing urgent major repairs. However,  the notice says this – an addition to my collection of International Art English codswallop:

Half-term now, grand daughter here – off up to Birmingham today……. 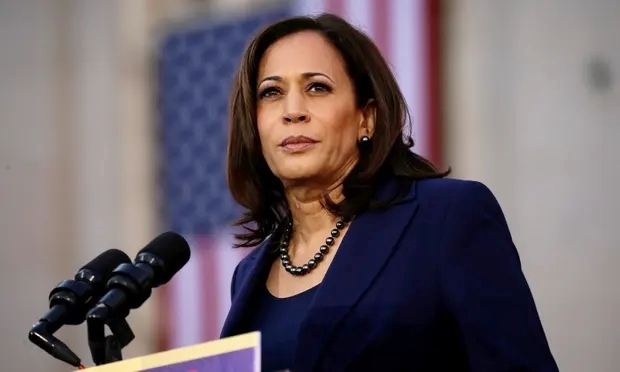 On 20 January 2021 Kamala Harris will become the Vice-President of the USA, the first woman of colour to hold the office.