If you don’t fancy a Battleaxe rant, just scroll on by…!

In the last few days Battleaxe has been to events with loads of other people gathered in the same room – three WI meetings, of which more in another post, and a talk at Rye Art Gallery. Our great Leaders seem to have gone very quiet on the pandemic – we had Johnson blethering on the other night about Plans A, B, C etc etc, which boiled down to doing nothing. Mask wearing and social distancing have dropped significantly, our vaccination rate is slowing drastically – we have dropped from being a world-leader to something like 14th in the world, and it is quite apparent that the Government have just got bored of the whole thing….

On the other hand, a look at the Covid statistics is not reassuring See world rankings from Wednesday above. We rank 4th in the world on case numbers behind USA, India and Brazil, and we are worse than our European counterparts on key measures. As an example, France had  9,144 new cases and 79 deaths, while we had over 30,000 new cases and 201 deaths.  Hospitalisations are rapidly increasing, putting more pressure on the NHS.

Also, we seem to have got our knickers in a total twist about the whole ‘vaccine passport’ business. Other European countries including France and Spain have introduced schemes whereby people have to show proof of vaccination to access all sorts of things, and their populations have not objected. Far too many of us Brits seem to spontaneously combust at the very idea. Why? Just get your vaccines and shut up, says Battleaxe. If any anti-vax swivel-heads come near me, they’ll regret it. How can it be an attack on your integrity as a human being to show proof that you are vaccinated?  In terms of myself, I also read that fully-vaccinated oldsters like myself are at very tiny risk of getting ill. But that’s not the point. Selfishly, I want to be able to go away on holiday etc etc. next year, and I want to be sure of getting treatment for any other illness I may get without the hospitals being full of Covid patients – nearly all, one understands, the unvaccinated…. ah well. Then, of course us lot are in line for Covid booster jabs when much of the world has no vaccines at all…

Our deah Leader has attempted to distract us from the above – never mind also distracting us from goods/workers shortages that are getting worse by the day – with an exciting cabinet reshuffle. Nobody will regret the departure of  Gavin Williamson, and Johnson has probably taken the right gamble in thinking that everyone hates Gav so much that even if the creepy weasel does create a hoo-hah on the back benches, nobody will support him.  I don’t think many Tories like Raab much either, but crafty Johnson has kept him safely inside the tent…  That odious sweaty little Jenrick chicken-bum-mouth  has gone as well.

However, what about those who have stayed! The smug and smirking Grant Shapps! Pritti Patel! We’ll soon be seeing her horrendous idea of people on jet skis turning back migrant boats happen in reality. Jet Skis! I ask you. Philosopher and I hate those things anyway, roaring around in the sea liked they owned it, usually driven by posh boys, putting anyone anyone near them at risk of their lives, scaring wildlife to death…  they are like dirt bikes in nature reserves…. Here’s a photo of those benighted Border folks practising. 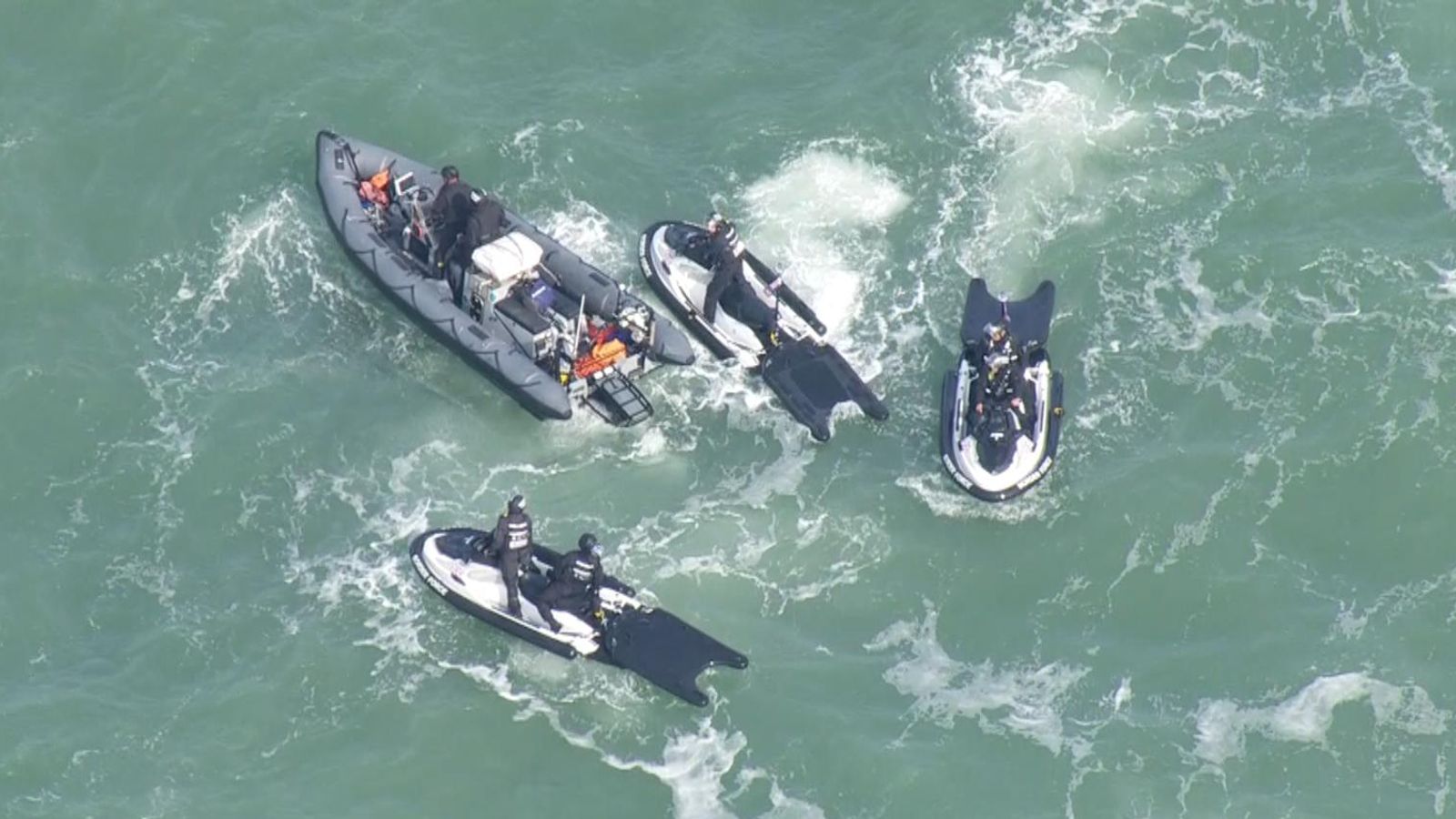 Then what about the promotions. Gove? Oh purleeze. Nadine Dorries. What on earth is that about? Culture Secretary? Her idea of culture is slagging off ‘leftie snowflakes’, appearing on I’m a Celebrity Get Me Out of Here and writing low-rent light-weight novels. Not that Battleaxe has ever read one…. nor does she intend to. But still, Dorries is an avowed Johnson syncophant and that is all that matters to him. Talking of Johnson, which I do with reluctance, I read an interesting article this morning on the interweb, from something called Prospect Magazine. It’s by Andrew Adonis, who I don’t much like, and it is supposed to be about Eton, but the article is good… reminds us that it is a total mistake to regard Johnson as a bumbling buffoon – he is actually a very sharp, very dangerous operator who now is in an immensely strong position of power. Every stumble, every bumble, every ruffle of the hair, is carefully calculated. Here is the link.

Crikey, you’ll all be saying, that Battleaxe is in a sour mood. To be sure, I can’t think of a single thing in the News that is positive. What do I read today? The UK has chummed up with the US and Australia in some loony business about nuclear subs in the Pacific. Why? Do we never learn? No. Well, surprisingly I’m actually quite cheerful. It is a sunny day… so mild for September, and my tomatoes have avoided blight.  Here’s a lovely photo of some honeysuckle from the Country Park, to finish up with.