Yes, the shops are open. We are, for some reason best known to the Government, in Tier 2, and the outlook for Hastings does not look good.  Clearly, the worst thing is the closure of Debenhams, which is going to leave a huge hole in the town centre.  Then, I was talking to the owner of one of my favourite independent shops (which shall be nameless atm because minds have not been made up), and it is doubtful whether that will survive. Changing the subject, we have been getting used to our new car, and have enjoyed a couple of lovely sunny days.

OK, so we weren’t in and out of Debenhams every two minutes, but I liked the Mantaray label, and Philosopher liked the Maine jeans and cords. They did an excellent line in Christmas gifts, and we have had bed linen, luggage… It is that poxy Philip Green I blame.  Most of his Arcadia shops in Hastings have closed over the past few years – TopShop, Dottie P etc, so we won’t miss those, but they did have concessions in Debenhams.  Added to the reduction in retail choice, the Debenhams building is a real landmark – one of the old Plummer Roddis stores. Its restaurant, now sadly somewhat run down, has the best sea views of any – and oh dear, that’s a thought, I use their loos often.  Still, never mind me, think of all the poor people losing their jobs. 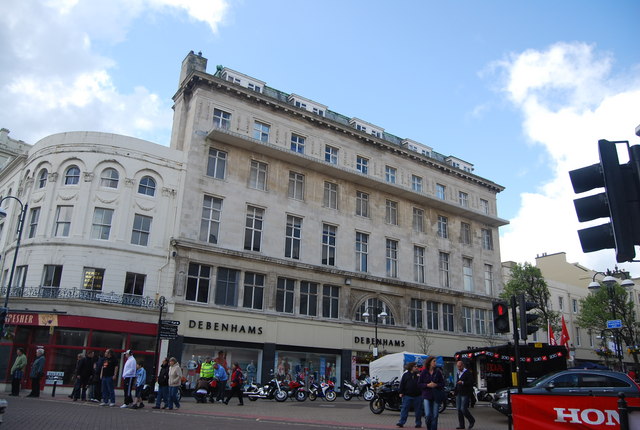 So, what of the car?  Well, typical of me and Philosopher, when we decide we want something, we just go out and get it without too much thinking.  Nissan Jukes come in various specifications, and we have ended up with the second highest – a Tekna. We didn’t choose it, it was just what they had available. Well, the operative word is indeed tech… It has no key, no handbrake, all round cameras, a Bose sound system, heated everythings and a vast range of driving assistance gizmos so alarming that we won’t use most of them. The instruction book is as thick as a Bible, and it has another book, same thickness, just for the ‘connect’ screen.  We were quite sad to say goodbye to the Yeti, it has been a faithful friend… we’d have had another Skoda if the garage hadn’t been in Eastbourne.

So, there we were with this new thing sitting in the drive. I decided I’d better drive it the very next day. Can’t say I fancied it much.

It felt like being a little girl, arriving at the riding school, and hear Miss Smallwood saying: ‘ Ah, Stephanie… you’re on Duke today. He’s a lot taller than you’re used to, so ask someone to give you a leg up. He likes his head, so we’ve just popped him in a Pelham with double reins and a running martingale. You can handle it – just stay calm, keep your hands light but show him who’s boss…’ (For those not into horse-jargon, a Pelham is a bit, out of favour these days, but then used with a curb chain attached to an extra rein, to manage headstrong horses.  You had to manage the double reins by holding them between different fingers – tricky). One was much more scared of Miss Smallwood than the horse, so I’d be striding up to the enormous-looking, suspiciously eye-rolling Duke, acting as if I was confident, holding out a carrot as a bribe…  Just the same now, but unfortunately cars are not interested in carrots.

Anyway, needless to say Juke is OK to drive except neither Philosopher or I are used to the electric handbrake. Philosopher has been driving a car (very well – he is an excellent driver) with a normal handbrake for 50 years, and much to his panic, fury and chagrin, stalled the thing twice at some traffic lights yesterday. I am more used to messing up when driving I guess – I pretty much expect it…

But as I said at the start, we have had some lovely days. Went for a walk at Rye Harbour. Now, here’s an odd thing. The famous little hut with the red roof that everyone photographs – the door was open, the windows were uncovered, and there was a bloke inside. Who owns it? Who is he? Why is it shuttered and locked most of the time?

We saw so many birds – the resident twitchers told us they were golden plovers and oyster catchers. All the little islands were packed, and they’d all rise up at intervals in choreographed murmurations…

The light was fantastic… am finishing now….