I should say so. It started with some sad news about the health of my sister – probably about which more in future posts. Then have taken up a new volunteering opportunity, been eating out, done a talk about the WI on the radio, went to Poetry Group, went to a somewhat eventful concert at the White Rock Theatre and finished off by taking part in the Race for Life in Alexandra Park.  Phew. Check out the tee-shirt!

First things first. Volunteering. Recently I was asked if I’d like to become a Trustee of a local charity, the Friends of the Conquest Hospital. It sounds cosy but actually it is a bigger enterprise than the East Sussex WI Federation. They have two shops in the hospital and a variety of other fund-raising schemes, and as well as supplying much-needed equipment and support, are currently involved in a major project to restore the 21 courtyard gardens included in the hospital complex. Here is one of the gardens before work starts – a bit grim, you’ll agree… 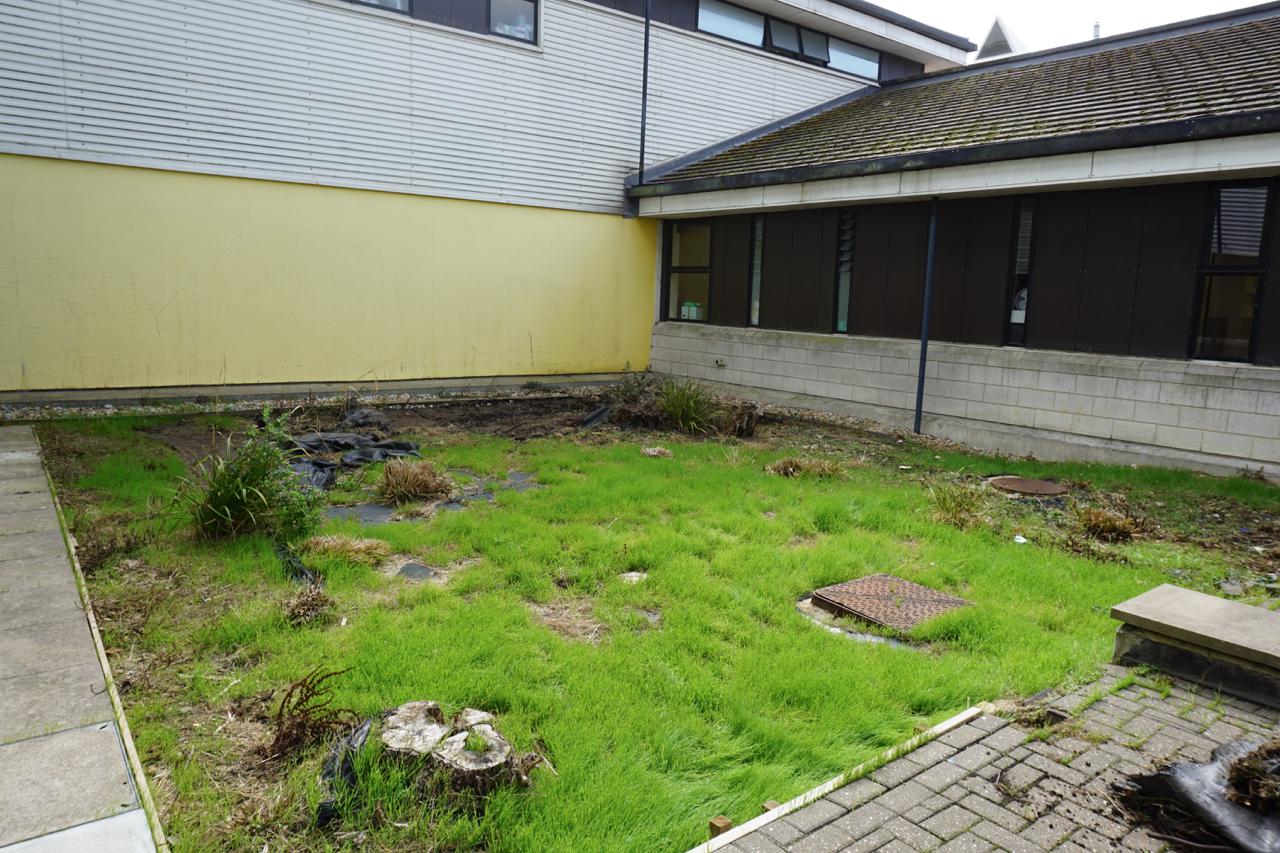 I attended my first Trustees meeting via Zoom this week. The new Chair is Sarah Kowitz from Fairlight Hall – twas she who suggested me…  Anyway, it looks interesting and we’ll see how I get on.  You may wonder how Battleaxxe can do all she does. Well, I have decided to give up being a Trustee of the East Sussex Federation. I’ve done it for six years, and think I’ve come to the end of my time. I’ll still be on there until the end of March however.  Hopefully I’ll still carry on editing the monthly Federation News, which I enjoy.

Eating out? We went with friends Peter and Jenny to Cinnamon Spice in Kings Road, St Leonard’s, which apparently is the best Indian eatery hereabouts. I think I’ve mentioned before that Battleaxe and Philosopher have found it very difficult to find either good Indian places, or good Chinese restaurants for that matter, in Hastings. Trouble is, we came here from Birmingham – the home of the Balti, and the city was big enough to have a Chinatown…. Now, don’t get me wrong, a lot of those Balti places were not great either – the food could be very greasy. But it was tasty…  Anyway, had some hopes of the Cinnamon Spice. It looks a bit gloomy in this photo and sadly, it was very empty, we were virtually the only people eating in there. I guess that is still the Pandemic Effect. 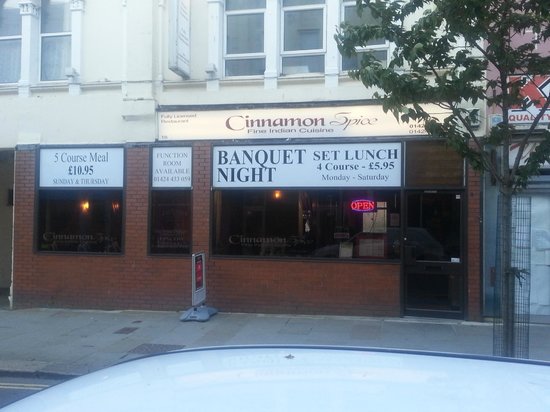 They had an enormously long menu – here is the link to it. Battleaxe is always a bit suspicious of huge menus – how can a limited number of  cooks pay sufficient attention to each dish? Well, in truth, they can’t. On the positive side, the food wasn’t greasy and seemed quite fresh. On the other hand too many of the dishes looked – and tasted, the same… It wasn’t bad but it wasn’t great. So that’s another off the list.

Talk about the WI on the radio? Now don’t get excited, it was Hailsham FM, with presumably only about five listeners. It was supposed to be about a new morning WI group the Federation is starting up in Hailsham, but as I hadn’t been to the introductory meeting and hadn’t heard how it went, it could have been tricky – but it was fine – I think.

Poetry Group? Well,we have started meeting in person, and have found a nice billet at the White Rock Hotel. It is especially good because we can have food/drinks etc before our sessions. This week I ate with friends Roz and Jill – we had a good catch up. I’d written a poem about, would you believe, the Coffin Club. I have no great problem considering the issue of Death but chumming up with others to chat and decorate our coffins is not for me… Here is all about the Coffin Club if you are interested…

Concert? Oh crikey. It was the opening concert of the Hastings Piano Competition, at the White Rock Theatre. Philosopher and I had paid £25 each for two nicely-placed seats in the stalls.

However, they were clearly short of sales, and had offered free seats for children – and largely, it seemed, to primary school children. At least 50% of the downstairs audience was under 10, and many were younger than that. It is impossible for children that age to sit still through a classical concert, and their parents seemed to have little capacity/will to control them. After the first piece there was a mass migration of the adults in the theatre to try and get away from the kids. We went and sat at the back by our friend Richard… But worse was to come. The second piece was one of my favourite Mozart Piano Concertos, played by past competition prize-winner Maxim Kinasov.  He probably played very well – Philosopher said he could hear a ‘faint tinkling’ above the sounds of kids banging their seats up and down, talking etc… Half way through the first movement a family came and sat behind us.  In the plangent, poignant opening bars of the slow movement…. PsssssstSTIKhisssss… a ring-pull can. I turned round and gave them a glare. ‘Sorry!‘ sez the woman cheerfully. Ten seconds later… PsssstSTIKhisssss… Another glare. ‘Sorry!’ Five seconds later…PsssstSTIKhisssss…  ‘Sorr…‘ Of course then Battleaxe loses it. ‘STOP IT!!!’ she howls, then had to cower until the end of the piece feeling just sick with rage.

After the interval we moved upstairs to sit with with friends Peter and Jenny. It was quieter, but of course at the White Rock the leg-room in the higher rows in the circle is dreadful. I think Philosopher was more upset than me. ‘All I wanted,’ he said ‘was to be able to enjoy a concert in peace’. I think we would both support the democratisation of classical music, and full-well know that newer, younger audiences have to be found, but there are limits…

On Sunday, it was Race for Life Day. Readers will know that Battleaxe joins with WI women to do the 5k ‘run’ or in our case, walk, in Alexandra Park.

This year there were only 7 of us, but all ready and (sort of) willing.  Weather was good and it was nice to be out with WI chums… The thing I don’t like about the RFL is the horrible build-up you have before the race starts. ‘HELLO HAAAASTINGS!!’ screams some manic woman above pounding rock music. ‘ARE YOU READY TO RACE?… LET ME HEAR YOU SAY YEAAHH!!!’ and so on for the next ten minutes interspersed would you believe with recorded sad stories about cancer… Look, Cancer Research, we wouldn’t be there if we weren’t ready, and certainly wouldn’t be there if didn’t know about cancer…  Anyway, the walk/run was fine, and afterwards Philosopher and I went for fish and chips in the Old Town.