The NHS?  Yes, Hastings Battleaxe had to use it this week.  Despite constantly being told that we are teetering on the edge of Covid-induced health service collapse, she was impressed. Being poorly, I watched an awful lot of telly, including ‘Stand Up and Deliver’ the second part of the programme where celebs learn to be stand-up comics for Cancer Research, including Richard Coles – see last week’s post. If I was a stand-up, I wouldn’t be a sweary one… But things have not been totally bad – the weather has been dry and sunny, and we have been on some nice walks, including St Leonard’s and St Helen’s Woods.  Here is St Leonard’s Gardens…. 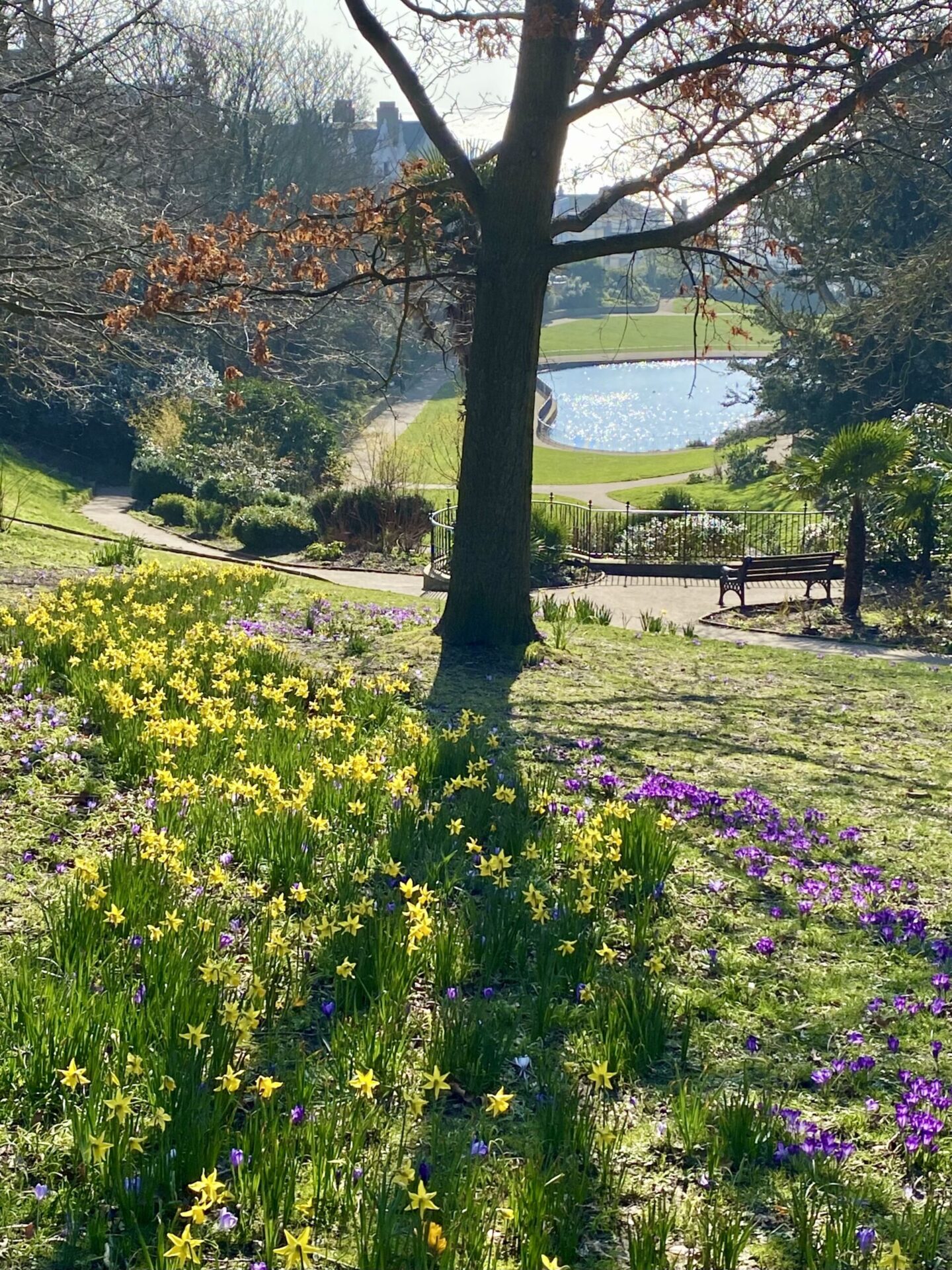 So, what has been wrong with Battleaxe? Last weekend I developed alarming symtoms of a very red, bloodshot eye coupled with severe pain all round the eye socket and feeling sick. Having Googled too much and being convinced that I had at the very least, acute glaucoma or else a brain tumour, on Monday morning I dialled 111.

Wasn’t waiting for the GP – these days it takes much of the morning to get your call answered and then they would not have phoned back until half the day had gone, then offered me an appointent in 10 days time…  As it was, 111 were remarkably quick and I was walking into into A & E at the Conquest in under an hour. I suspect they were as impressed by my symptoms as me, but still, it was good going.

I was astonished how empty A & E was. Where were the crowds of people? Where were the children with broken limbs, the confused old ladies in bedroom slippers, the dodgy looking drunks? After being triaged through various receptionists, nurses etc., I ended up being the only person waiting in a room full of red plastic seats, most of which had ‘do not sit here’ notices plastered on them. Someone walked through and said to their companion, gesturing to the seats, ‘this is where the Ambulatory Majors wait’. Anyway, after a surprisingly short wait this Ambulatory Major was called through to the cubicles. To cut a long story short the doctor diagnosed nothing life threatening,  but an eye infection that they reckoned was related to sinusitis. They gave me industrial strength antibiotics, and said I would have to go to the Eye Clinic. I went to the Eye Clinic on Friday – a young, slightly autistic but alarmingly thorough doctor put so many different drops in my eyes I was blind as a bat, but again diagnosed nothing serious.  Can’t fault the NHS service.  Enough of that. Look at this lovely picture of our garden Buddha with added daffodils: 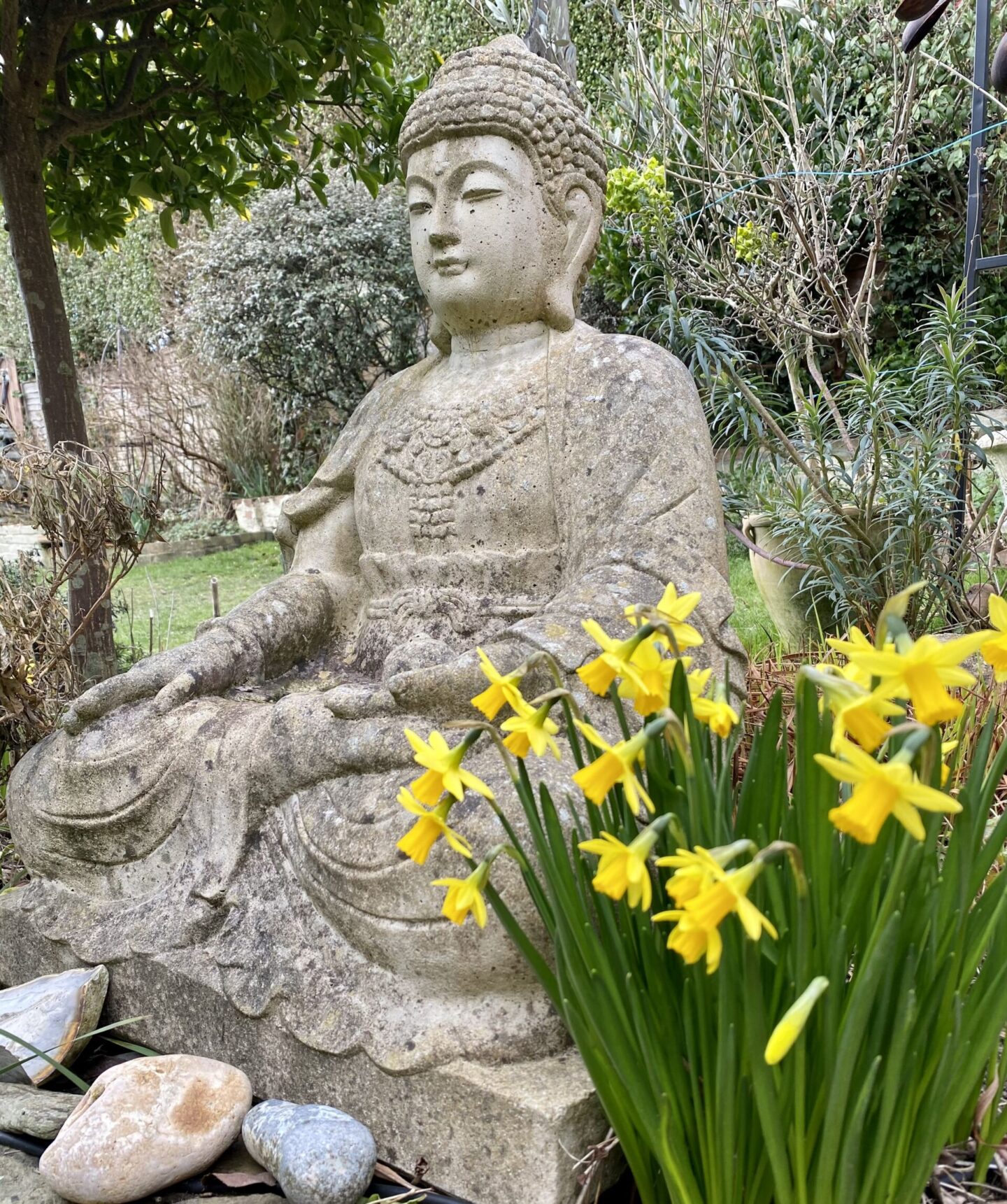 However, being a bit visually challenged meant that too much reading, computer work etc was not on, so watched telly instead. Of course I watched the final of Pooch Perfect… and I mention the stand-up comedy thing, because here is a puzzle. Why do stand-up comics think being aggressive, shouty, sweary and rude (but only ‘woke’ rude…) is funny? Why do audience laugh at that stuff? Comics also have to be left-wing and working class to have any credibility. If I was appearing as a stand-up at the White Rock Theatre, I’d probably be like this:

‘Yeh, that’s better! ‘Ave we any bleedin’ Brexit-lovin’ Tories in here? No? Thank f**k for that! [Laughter]. On me way to the theatre tonight I got me f*****g Bus Pass stuck up me vagina! Yeh, honest! Wot was it doing up there you may ask… Well I ain’t going on with that story cos I prefer to pretend I ain’t f*****g old enough to ‘ave a bus pass yer daft tossers…!’  [By now they are wetting themselves…].

I’d like to be funny without all that shouting and swearing. Note to readers… I can make jokes about vaginas only because I am a Woman. The winner of the competition was Baroness Warsi, because in addition to being able to play the vagina card (which she didn’t use), she could also make jokes about Muslims.  Richard Coles couldn’t even swear, being a Man of God, but he was OK.

Anyway, less of that.

Today we went to St Helen’s Woods, just off the Ridge – just to have a slightly different walk. Have not been there for years… It turned out to be a bit longer and hillier than I thought because we took a wrong turning and ended up having to puff much too far up Elphinstone Road… 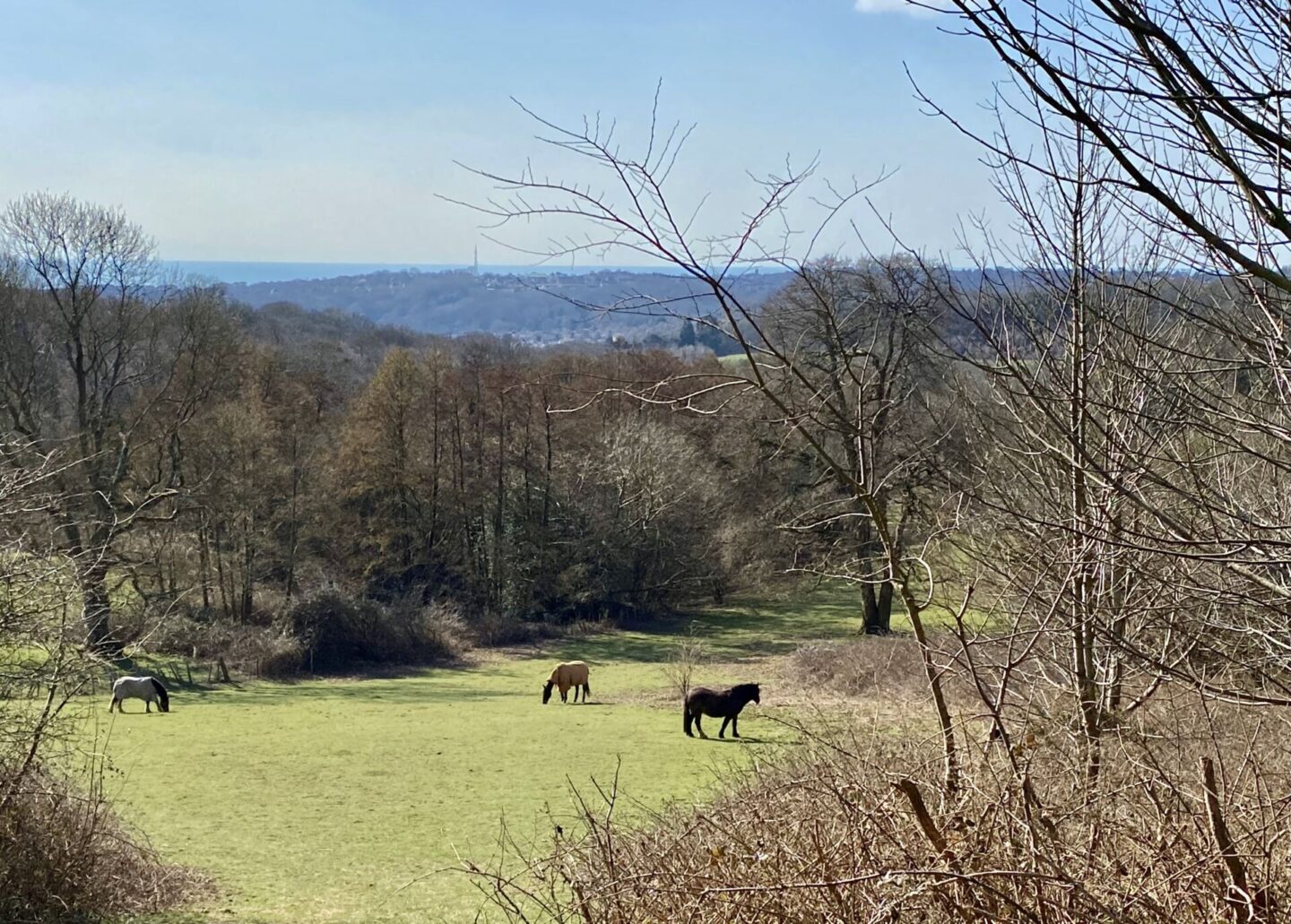 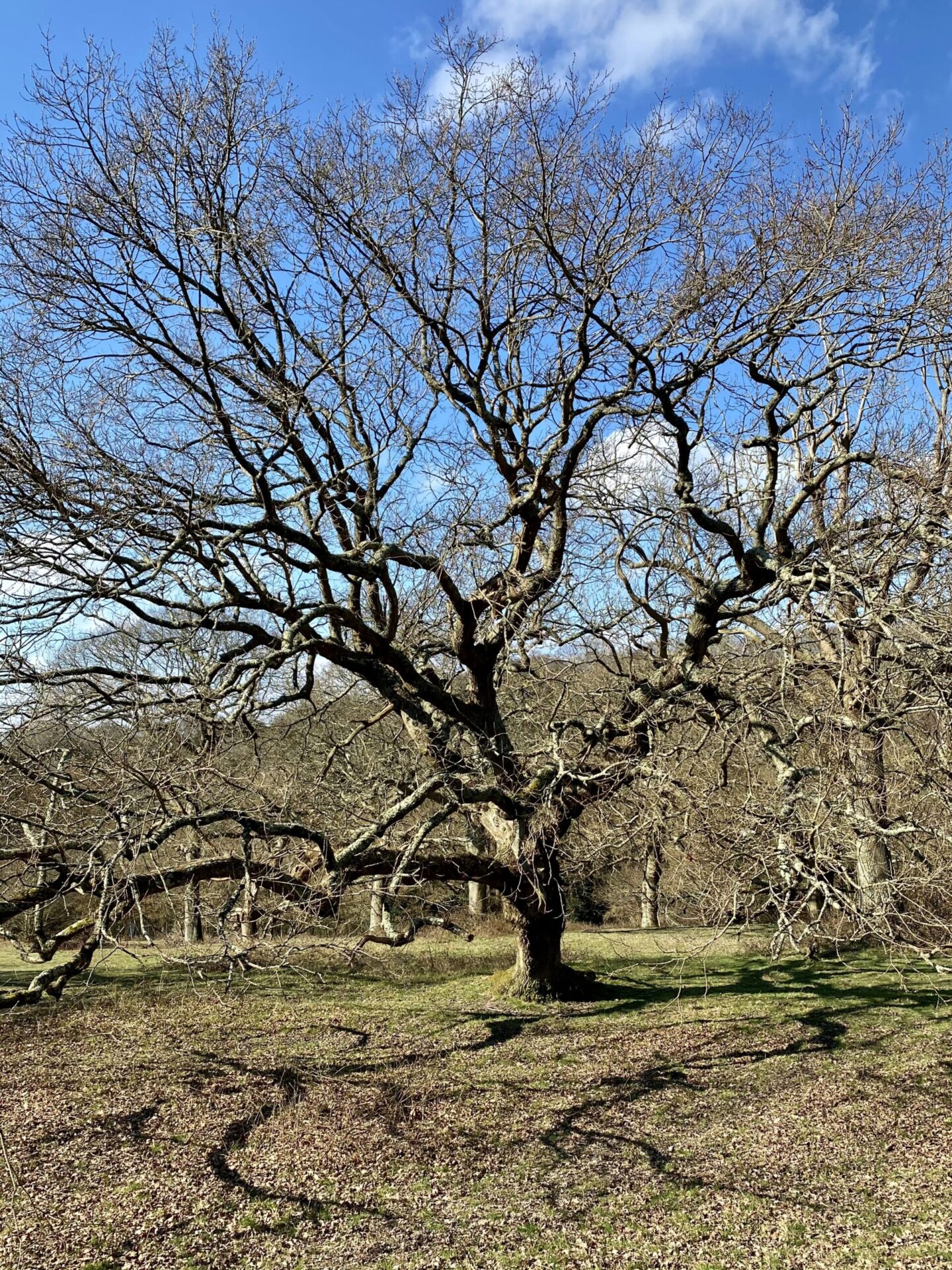 Kathryn Jansen, Head of Vaccine Research and Development at Pfizer.