Am going to break the blog habit of a lifetime and jump back to the weekend before our trip to Surrey, as described in the previous post.  On 29 May we went to a concert with the Hastings Phil and a zillion massed singers at the White Rock Theatre – yes, the Hastings Prom. I wanted to go because they were playing the Elgar Cello Concerto.  However, I encountered Sally-Ann Hart, the current Tory MP for Hastings and Rye.  Then, of course we had the seemingly endless Jubilee holiday business, and have just got over a pretty disagreeable (but all clear) colonoscopy procedure at the Conquest.

So what of the concert in the White Rock? Am very fond of the Elgar – readers may remember that before the pandemic (perhaps we need a new term for this..BP?) the Hastings Phil did a gig at St Mary in the Castle where I all but sat in the soloists lap…  Not so in the White Rock, we were upstairs. The theatre was not full – surprising. It was nice to see lots of people we recognised in the chorus. The soloist this time was  Yoanna Prodanova – she played very well. I see she was taught by Richard Lester, the cellist who played at St Mary in the Castle.  Anyway, there she is above, with the irrepressible Marcio conducting.

We also had to hear various other jingoistic favourites – but also good things, like Zadok the Priest.  However, who should come to sit right by us but our local MP, Sally-Ann Hart, with her family. Nobody else recognised her – she does not exactly have a prominent local profile, but eagle-eyed Battleaxe clocked her. Have not seen her in real life before – she looked quite small, young and insignificant. Bit of a Boden cardi look. Whereas I always found Amber Rudd to be a grown-up and a real force to be reckoned with, Missy here looked like she could be easily scoffed up for breakfast and still leave plenty of room for the muesli.

Now, one thing about Battleaxe, she is polite, and I hope, behaves in a manner appropriate to the occasion. This was a family concert, so potentially disruptive scoffing people for breakfast was not at all the thing to do.

So, at the interval, I leaned unthreateningly across and introduced myself, even smiled and shook her hand, and said: ‘Would you mind if I just asked you something?’

‘Not at all, ‘ sez she pleasantly and unsuspectingly, ‘ask away…’ (shows how carefully she attends to her constituency business – have written umpteen letters to her, to most of which she never replies. However, I have been blocked from her Facebook page).

‘Have you considered sending a letter to the 1922 Committee?’ (Catch up at the back, the red-hot issue way back then was had enough MPs sent in letters to force a vote of confidence on Johnson’s leadership).

‘Eeer.. Yes,’ she replied, a little taken aback. ‘I have thought long and hard about it, but overall I don’t think this is a good time for a change in leadership. It would destabilise the government. You must understand there are many complex issues involved.’ (Anyone who says ‘you must understand’ to me is usually beaten senseless, but remember I was being polite…).

‘I know there are,’ I say, ‘ but don’t you think the people of Hastings deserve a better Prime Minister?’

‘I do agree he has made many mistakes, but (wait for this, readers…) He Has Got the Big Calls Right’. (If one more person says that I will spontaneously combust). I gave up then, the politeness was in danger of slipping, and said that given this was a family night out, I would say no more to her… Next thing you know, we are standing up together singing Land of Hope and Glory… Ugh, Battleaxe’s left-wing credentials completely blown. However, at the end of the concert I tackled her again, urged her to think about what I had asked her earlier, and said that we desperately needed a decent, honest, dignified Prime Minister.  I have to say Philosopher was not at all happy about any of this. He is yet more considerate of others than I am and didn’t want me to speak to her at all… but I wasn’t going to let the chance go. Of course, it will make no difference whatsoever, she is only capable of sticking to the Party line, mouthing the standard Tory bull-shite platitudes, and as far as I can see, doing nothing.  But it made me feel better. Anyway, talking of platitudes, here is Tory Bingo for you, off Twitter. 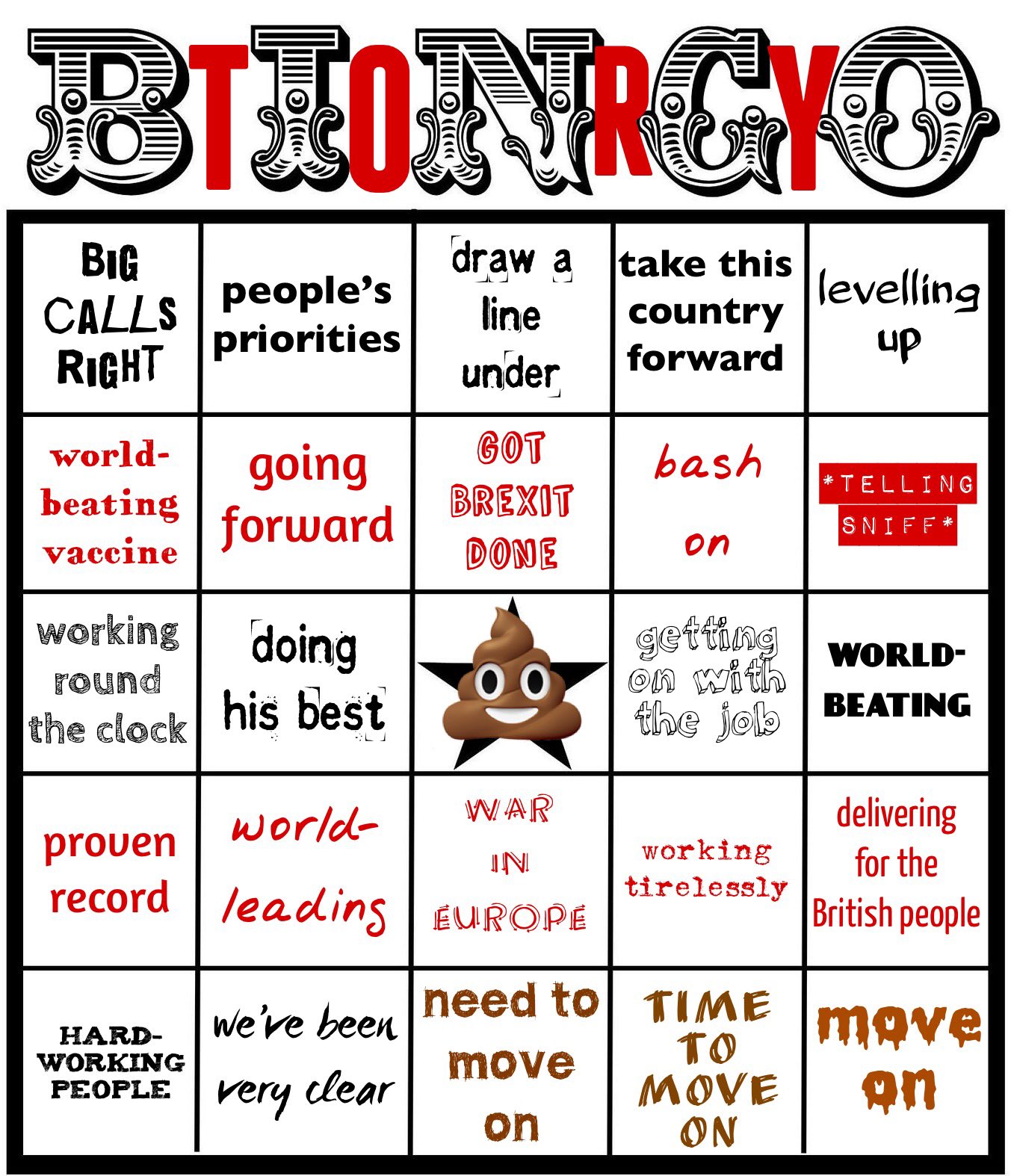 So, then we went for our break to Surrey and came back to four days of Jubilee… Look, I wouldn’t say Battleaxe was a total Republican, but I would like to see, at the very least, a drastically slimmed-down monarchy and an end to all the pomp and pageantry.  The whole Jubilee business felt very overblown, an extravagent, deliberate distraction from the reality that the country is falling apart, and that far too many people are living in quite shocking poverty and deprivation. Out of all the dubious delights on offer, we only watched a few minutes of the Jubilee Concert, and that was unbelievably tacky… Rod Stewart, oh purleeze. No wonder the Queen didn’t want to go. There is an interesting piece about the cost of the Jubilee here.

We had a bit of a street party round here on Sunday. We are not into bunting and union jacks, so for our contribution Philosopher made a really good display of 5o years of our houses – all built at the beginning of the 70s. I had a slightly mixed time because was on a light diet – no fibre, cakes, alcohol or anytthing worth eating, in preparation for my colonoscopy.  Our neighbour Matt had done a great barbeque, and there were loads of luscious cakes and trifles…

Then of course the Jubilee vanished as if it had never been in the excitement of the great Confidence Vote on Monday. Needless to say, despite the result being very bad for Johnson, he has slithered out of the consequences by refusing to resign, and him and his useless sycophantic Cabinet acolytes are spinning it up as a resounding success. So, apparently we now have to ‘move on’ as  life resumes its usual dreadful fantasy/nightmare of lies, incompetence, undelivered policies and general paralytic inaction. Yawn scratch sigh.

Monday for me was horrible – total starvation and the most dreadful laxatives. So why this? Well, you remember I wrote some time ago that stress had made my guts run riot, and as a consquence I had been referred for a colonoscopy.  Well, even though the symptoms had long since disappeared, my number came up in the NHS lottery – somewhat embarrassingly sooner rather than later in my case, because of my cancerous past. So, at 8am on Tuesday morning Philosopher deposits me at the Conquest. I was lucky enough to have consultant Mr Matthew Miller doing the business. My many operations mean that my innards are a bit disarranged, and they suspected it might be difficult for the camera to navigate the interesting bends in my guts.  I know Mr Miller, he took out my gall-bladder some years ago, and he explained to me back then how he positively enjoys a challenge, so felt reassured.

I also firmly opted for no sedation – I have had one of these camera jobs before, in 2007, and it was v interesting and no trouble – but have had innards removed since. So, they gave me a gas and air puffer, and as it happens I was quite glad of it – but it made me extra-talkative and full of jokes. Mr M is v nice so we had a fun time with lots of jolly laughs (after all, it is laughing gas..) and indeed he also enjoyed trying to persuade the camera to edge reluctantly round the corners, but that was pretty hurty for me. The other staff were v nice as well – in my experience, they usually are.. It was very interesting viewing your own innards. I even got to see the little scar where they removed my appendix when I was about 14 – and believe me, that is as far as any camera can go…  However, Mr M saw nothing of any interest in there whatsoever. All 100% boringly normal, apparently unusually so for my age.  He said I had a ‘beautiful, smooth, totally civilised colon.’

Well done the Conquest, yet again. The NHS may be on its knees but it does us OK.

When I got home I was tired, a bit battered and very hungry but well enough to even join in a Zoom meeting with the Conquest Friends movers and shakers about the summer fete we are planning at Fairlight Hall on 28 August… put it in your diaries. 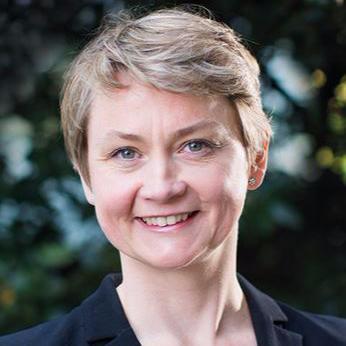